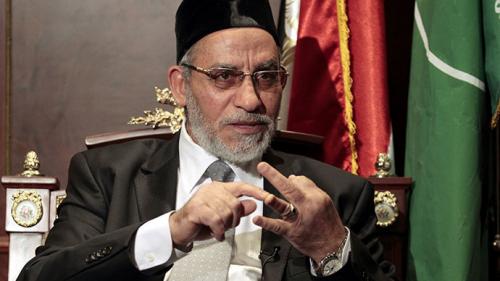 An Egyptian court on September 23, 2018 sentenced 64 people to varying prison terms and one man to death over violence in 2013 when the military overthrew the elected Islamist president.
The decision by the Minya Criminal Court included a life sentence for Mohammed Badie, the spiritual guide of the now-outlawed Muslim Brotherhood group, over events in the city of el-Adwa, south of Cairo, where a crowd raided a police station and a sergeant was killed.
The death sentence, issued to a man named Ahmed Ashour, will now be reviewed by Egypt's top religious authorities for their non-binding opinion. The ruling can still be appealed.