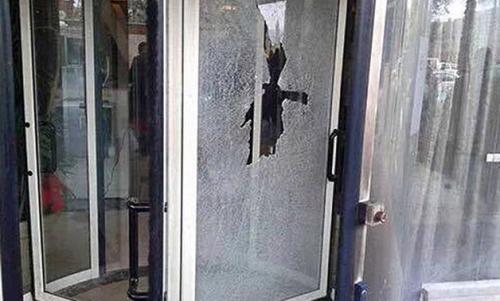 Giza Criminal Court on 6 April 2019 recommended the death penalty for seven defendants accused of orchestrating a 2016 attack on a tourist bus and hotel near Egypt’s Giza Pyramids.
The attack left no injuries but caused windows of the Three Pyramids Hotel to smash and damages to the vehicle. The assailants threw home-made fireworks, and shot pellet gun towards security forces outside the hotel.
The court, presided by Judge Nagy Shehata, set 22 June to witness the final verdict in the case that includes 23 defendants; 23 detained and 3 at large.
The case was referred to Egypt's Grand Mufti for religious consultant.
The public prosecution has accused the defendants of joining an outlawed group; supporting it with weapons and funds; attacking the Three Pyramids Hotel; possessing fire weapons and ammunition, and illegally gathering, resisting police forces and destroying public facilities.