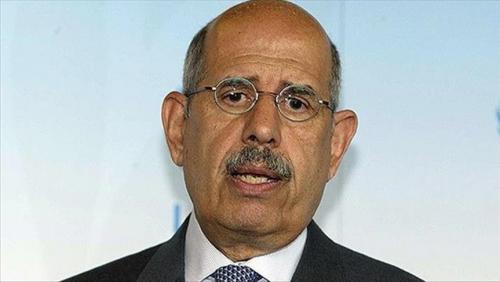 Former Egyptian Vice-President Mohamed ElBaradei on 21 February 2019 decried Egypt’s frequent resort to capital punishment and called for the abolition of the practice.
He made the assertion a day after the Egyptian authorities executed nine people for alleged involvement in the 2015 assassination of Attorney-General Hisham Barakat.
“The death penalty is irreversible,” ElBaradei tweeted, going on to assert that the practice had been “universally rejected”.
“More than 170 countries have abolished capital punishment, either legislatively or in practice,” he said. “Less than 40 countries still use it.”
ElBaradei briefly served as vice-president following Egypt’s 2013 military coup, which led to the ouster of Mohamed Morsi, the country’s first democratically elected president and a Muslim Brotherhood leader.