EGYPT: MAN WHO BEHEADED ANOTHER IN ISMAILIA SENTENCED TO DEATH AFTER GRAND MUFTI'S ADVISE SOUGHT 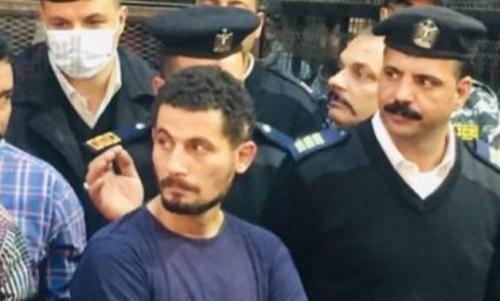 Ismailia Criminal Court on 5 January 2022 sentenced to death Abdel Rahman Nazmy, known as “Dabour” over charges of brutally murdering a citizen and attempting to kill two others in a crowded street in Ismailia.
The ruling came after the court referred the case for religious advisory from Grand Mufti. The court earlier also handed him a fine worth 100,000 pounds.
Last November, the defendant was accused of intentionally beheading a citizen in Ismailia and attempting to kill two others.
Dabour was arrested shortly afterwards and was referred to the Public Prosecution, which ordered holding him for four days pending investigations before renewing his detention for 15 days and setting a date for his trial.
A forensic report revealed that the defendant did not show any symptoms of mental or psychological disturbance that might have affected his awareness and will during the crime, the prosecution said.
Footage had circulated on social media, before they were deleted for violating terms, of a person in his twenties, attacking an older man with a cleaver, beheading him, and walking among people while holding the man’s head.
The videos have triggered a state of intimidation, grief, and wrath, with relatives of the victim and social media users calling for justice to be served.