EGYPT: MILITARY COURT SENTENCES 17 PEOPLE TO DEATH FOR THE ATTACK ON COPTIC CHURCHES 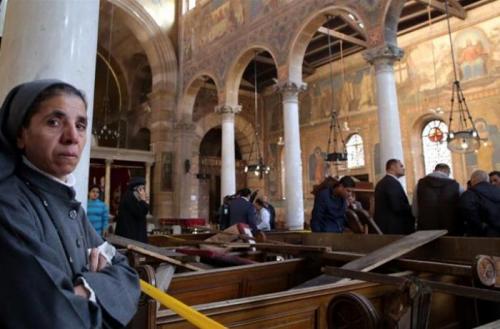 A military court in Egypt has sentenced to death 17 people, held responsible for a series of attacks against some Coptic Christian churches in the country, which caused dozens of victims and wounded between 2016 and 2017 to the Cairo, Alexandria and Tanta, AsiaNews reported on 12 October 2018.
According to Mena State Agency, in the context of criminal proceedings another 19 defendants were sentenced to life imprisonment or sentences between 10 and 15 years in prison.
The Islamic State (IS, ex Isis) had claimed responsibility for the attacks, pointing out that the suicide bombers and assailants who blew themselves up inside the churches were militants or affiliated to the jihadist group.