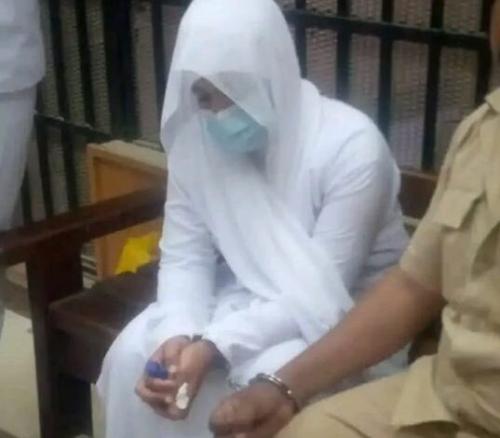 A 26-year-old woman and her lover on 17 September 2022 were both sentenced to death by hanging in Egypt after being found guilty of killing her three children and attempting the murder of her husband, local media reported.
The Nagaa Hammadi Criminal Court, Upper Egypt, issued the final verdict after receiving the permission of the Grand Mufti.
The crime dates back to July 2021, when the Qena Security Directorate received a report that Raafat Galal, 35, had been poisoned, and his children, Amira, eight, Amir, seven, and Adam, nine, had died of food poisoning.
Investigations revealed that there was a suspected criminal act behind the death of the three children and the poisoning of their father after they drank canned juice.
Police investigation found that the mother of the children was behind the incident in collaboration with her lover, a driver, 28.
Investigations also found that there had been a 3-year-long relationship between the mother and the driver and they decided to get rid of the husband and the children so that they would be free.
On the day of the incident, the lover took advantage of her parents’ visit to a pediatric clinic to have a medical checkup for one of the kids.
The mother told her lover about the date, so he bought four cans of juice, mixed them with a toxic substance and gave to his lover, who in turn, gave it to her children and her husband after they came back.
The children and the husband suffered from food poisoning. The three children died, while the husband lost consciousness and was transferred to the intensive care unit at a nearby hospital.
The defendants were arrested and investigated. After proven guilty, they were referred to the criminal court, which sentenced them to death after obtaining the permission of the Grand Mufti.