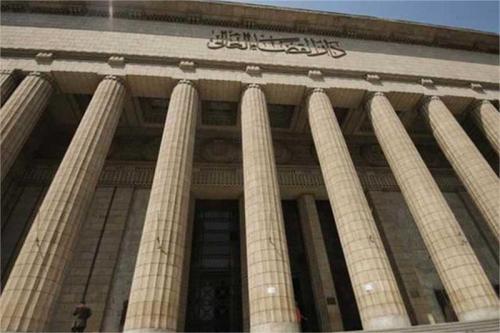 The killer of a 22-year-old university student has been sentenced to death, a court in the Egyptian province of Shariqa said on 3 October 2022.
The Zagazig Criminal Court said that the death sentence for Islam Mohamed, who stabbed Salma Bahgat in August, has been referred to the grand mufti, a ceremonial step when an execution is ordered.
The mufti’s opinion is non-binding, although he has the right to review death sentences. A court session on 3 November is to announce a final verdict, including the grand mufti's deliberations.
Court officials said the killer was given a psychiatric evaluation by medical professionals who determined he was sane when committing his crimes, meaning he is fully responsible for the premeditated murder, which the killer announced on social media hours before he committed it.
A forensics report showed that Bahgat, who was killed in the entrance to a building in Zagazig, was stabbed 31 times.
Security camera footage showed the killer pacing the lobby, holding the knife he used to kill Bahgat while her body could be seen on the floor behind him.
The court heard that Mohamed had been in a romantic relationship with Bahgat that ended months before the murder. When she broke up with Mohamed, he began harassing her, her friends and her family in an attempt to rekindle their relationship.
After evading Mohamed for months, Baghat was tracked down through a friend.
The friend, who became one of the main witnesses in the case, told prosecutors that Mohamed contacted her the day before the murder and she told him that Bahgat would be visiting her at her workplace the following day.
Mohamed arrived at the office building after buying a knife from a nearby shop.
He then waited for Bahgat, followed her into the building and stabbed her.