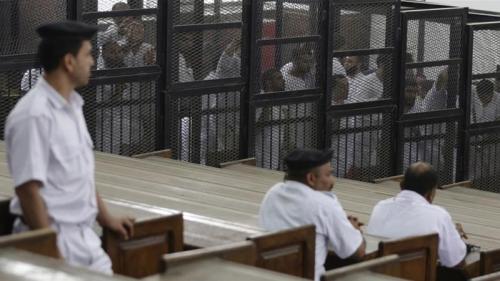 Egypt’s Court of Cassation on September 24, 2018 upheld death sentences for 20 people convicted of killing 13 policemen during violent unrest after the military overthrow of president Mohamed Morsi in 2013.
"The verdict is final and cannot be appealed," a judicial official said.
The same court sentenced 80 other defendants to 25-year prison terms, another 34 defendants to 15 years, and a minor to 10 years.
On August 14, 2013, a month after Morsi was overthrown by the army, security forces forcibly dispersed two pro-Morsi protest camps in Cairo in an operation that killed almost 1,000 people.
Hours later, a furious crowd attacked a police station in the Cairo suburb of Kerdassa, where 13 policemen were killed.