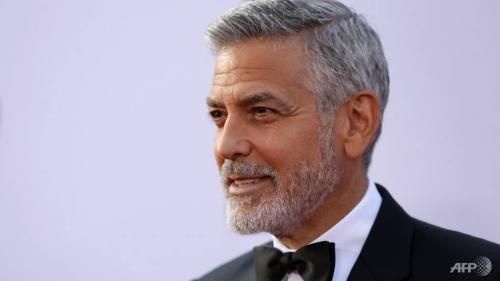 Elton John has aligned with George Clooney’s boycott of Brunei-owned luxury hotels after the Asian nation passed strict “Sharia law” that would allow for the stoning death of LGBTQ people.
As Clooney noted, the Sultan of Brunei owns a handful of luxury hotels, including the Beverly Hills Hotel, the Dorchester in London and the Plaza Athenee in Paris.
“Discrimination on the basis of sexuality is plain wrong and has no place in any society. That’s why I commend my friend, George Clooney, for taking a stand and calling out the anti-gay discrimination and bigotry now being enshrined in law in the nation of Brunei, a place where gay people are brutalized or worse,” Elton John said in a statement.
On April 3rd, Sultan Hassanal Bolkiah will institute “Sharia law” in the nation of 400,000 people, which would make sodomy, rape and adultery punishable by death and penalize theft with amputation, Reuters reports.
“Let’s be clear, every single time we stay at or take meetings at or dine at any of these nine hotels we are putting money directly into the pockets of men who choose to stone and whip to death their own citizens for being gay or accused of adultery,” Clooney wrote.