EUROPEAN UNION. STATEMENT BY THE BRITISH FOREIGN SECRETARY ON BEHALF OF THE EU ON THE OCCASION OF THE WORLD DAY AGAINST THE DEATH PENALTY 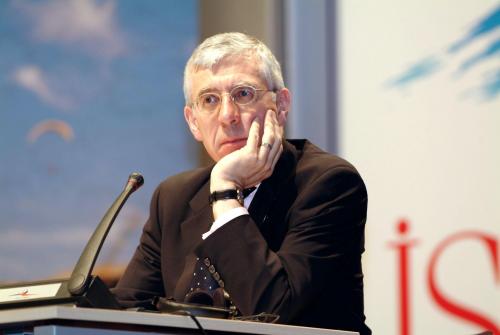 the UK Foreign Secretary Jack Straw, speaking as Presidency on behalf of the EU, issued the following statement to mark the World Day against the Death Penalty.
"Today the EU would like to remember all those who have lost their lives because of the death penalty, especially those who have been wrongly sentenced to death. Some convictions have been overturned with just a few hours to go, having spent years on death row, itself a living death. Others have been executed, with their innocence only established when it is too late.
"But we do not just oppose the death penalty in cases where these horrifying mistakes have been made, but in every case, and under all circumstances.
"The European Union believes in the inherent dignity of human beings. Article 3 of the Universal Declaration of Human Rights affirms the right of everyone to life. We believe that the abolition of the death penalty is essential for the protection of this right.
"This year, World Day against the Death Penalty is dedicated to abolition of the death penalty in Africa. The EU welcomes the positive steps that are taking place in Africa - we applaud, for example, Senegal for abolishing the death penalty on International Human rights Day last December. We call for such positive steps to be extended across the continent.
"The European Union welcomes the fact that support for abolition is gaining ground internationally - indeed today we are lobbying a number of countries around the world in support of abolition. We are pleased to note a substantial reduction in the number of countries regularly executing their citizens, as well as the indications that the overall rate of executions has fallen. We welcome the positive steps in Tajikistan and Kyrgyzstan where real progress is being made on abolishing the death penalty in law, and also the US Supreme Court ruling that the juvenile death penalty was unconstitutional. We note Uzbekistan's declaration that it plans to abolish the death penalty by 2008, and strongly encourage the government to introduce an immediate moratorium on executions. We were also heartened to see the resolution against the death penalty at the 61st session of the Commission on Human Rights attract a record number of co-sponsors. "The European Union recognises that there is still considerable public support for the death penalty in a number of countries. But abolition is an issue of principle. On the occasion of this World Day against the Death Penalty we therefore call on all governments of countries which still retain capital punishment to raise public awareness of the issues surrounding the death penalty, and to show the courage, leadership and humanity to work towards swift abolition."