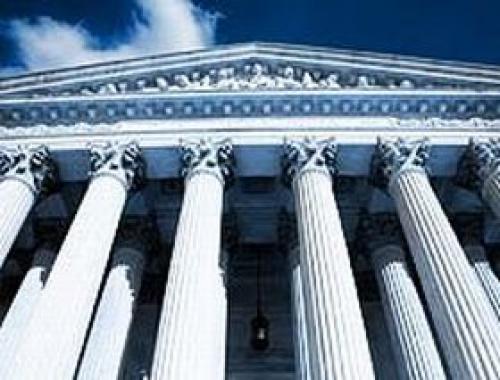 the US Supreme Court halted the execution of Arthur Dennis Rutherford on January 31 just minutes before he was scheduled to die by chemical injection for killing a customer in her bathtub in 1985.
Rutherford had been scheduled for execution at 6 p.m. (2300 GMT) at the Florida State Prison in Starke. The court granted a stay pending resolution of his appeal, which contends that the chemicals Florida uses for execution inflict unnecessary pain and violate the constitutional ban on cruel and unusual punishment.
The Supreme Court agreed last week to decide a similar case filed by another Florida death row inmate, Clarence Hill.
Like several other states, Florida uses sodium pentothal, which produces shallow anesthesia, pancuronium bromide and potassium chloride. Hill's attorney cited a medical study that pancuronium bromide causes suffocation while potassium chloride causes burning in the veins and massive muscle cramping before resulting in cardiac arrest.
Rutherford, 56, was convicted of killing Stella Salamon in her home in the north Florida town of Milton in 1985. Salamon had hired him to install sliding glass doors in her home, where he had worked as a handyman.
The 63-year-old woman was found stripped, beaten, strangled and drowned in her bathtub. Rutherford was arrested after cashing one of Salamon's checks and was convicted of murder and armed robbery.
Florida has executed 60 people and the United States has executed 1,008 since the death penalty was reinstated in 1976, according to Floridians for Alternatives to the Death Penalty.