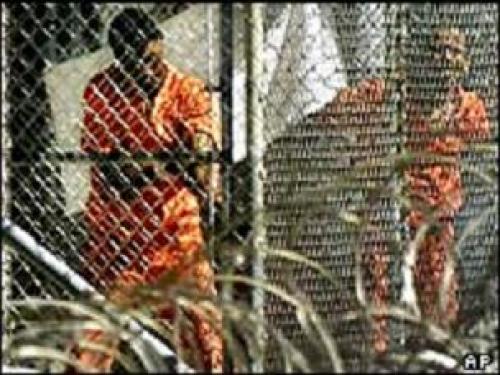 About 520 people are being held at Guantanamo Bay

Air Force Brigadier-General Thomas Hemingway, the US military legal adviser overseeing the possible trials of up to 12 terror suspects at Guantanamo Bay, including Australian David Hicks, says no evidence from any of the cases warrant him seeking the death penalty.
Four suspects have been charged, and charges are being prepared against eight others held at the Cuba military prison.
First to have their trials resumed will be Mr Hicks, accused of fighting alongside the Taliban against US forces in Afghanistan, and Salim Ahmed Hamdan, a Yemeni whose challenge to the legality of the trial system was initially upheld but was overturned on July 15 by a three-judge panel.
Hemingway said on July 20 that the evidence he had seen against the 12 suspects did not merit a capital case against any of them. The US Defence Department said during the week that it would move forward quickly with the trials after a federal court gave the process a green light the week previously.
Brigadier-General Hemingway said the trials could resume within 30-45 days of the issuing of court orders.