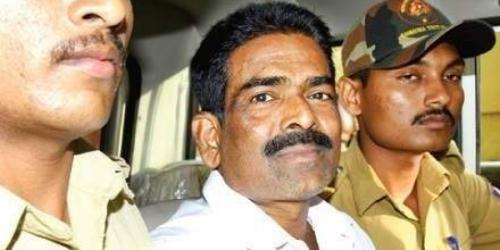 Serial killer Cyanide Mohan, 56, on 24 October 2019 was awarded death sentence for the murder of an anganwadi assistant from Dakshina Kannada in Bengaluru. The Sixth Additional District and Sessions judge Sayeedunnisa awarded death penalty to Mohan for killing the woman at Kempegowda Bus Station (KBS) in Bengaluru on 22 October 2005. The court had on 22 October held Mohan guilty for various offences including rape and murder. Pronouncing the quantum of punishment, the court said Mohan be hanged by neck till he is dead, subject to the confirmation by the High Court.
While Mohan has been awarded death sentence for murder under Section 302 of IPC, he has been sentenced to 10 years of rigorous imprisonment (RI) for abduction under Section 366. In addition, he has been punished for seven years of RI for rape under Section 376, 10 years for poisoning under Section 328, five years for robbery under Section 392, 10 years for voluntarily causing hurt in committing robbery under Section 394, one year for cheating under Section 417 and seven years for destroying evidence under Section 201 of the IPC.
With this, Mohan has been convicted in 17 cases and trial in three more cases in progress. Though Mohan has got death penalty in four cases so far, verdicts in two previous cases were commuted life and simple imprisonments by the High Court.