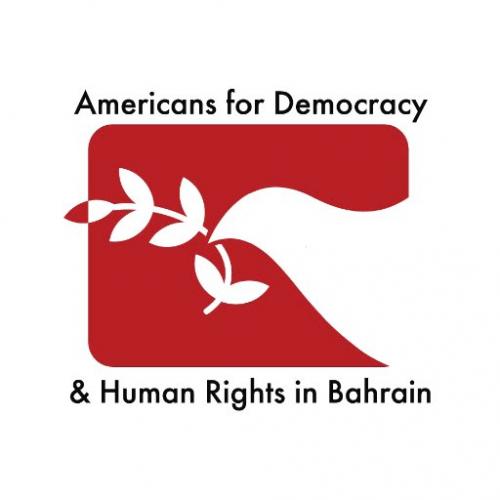 Americans for Democracy & Human Rights (ADHRB) is launching an international campaign in solidarity, with twelve Bahraini citizens at imminent risk of execution in Bahrain.
The goal of the campaign is to highlight the injustices that these individual went through whether when it comes to not receiving their legal rights or lack of due process during the shame trials or forced confession obtained by torture like in the cases of Mohammad Ramadhan and Husain Moosa. All these twelve individuals have exhausted all their legal remedies and in a danger of an imminent execution.
The campaign, that launched from 10 different countries (Germany, France, Switzerland, Netherlands, Spain, Ireland, Italy, Denmark, Belgium, and Lebanon), included activists raising pictures of political prisoners at imminent risk of execution in Bahrain, namely: Hussein Ali Mahdi Muhammad, Hussein Ibrahim Marzuq, Hussein Ali Musa Muhammad, Hussein Abdullah Khalil Al-Rashed, Maher Abbas Al-Khabbaz, Muhammad Ramadan, Hussein Abdullah Marhoon Rashid, Muhammad Radhi Hassan, Musa Abdullah Jaafar, Salman Issa Salman, Sayed Ahmed Fuad Al-Abbar, Zuhair Ibrahim Jassim Abdullah. Activists also expressed their solidarity, both in English and Arabic, and called upon the Bahraini government to terminate their death sentences and release them, alongside other political prisoners.
Under the hashtag #كلا_للأعدام (in Arabic) and #EndDeathPenalty (in English), and the campaign will continue for period of time on the organization’s Twitter account and other platforms. The campaign also is calling for signing a joint petition launched by ADHRB and International Peace Bureau (IPB) calling on the King of Bahrain to halt all death penalty sentences.
Click here to sign the petition.