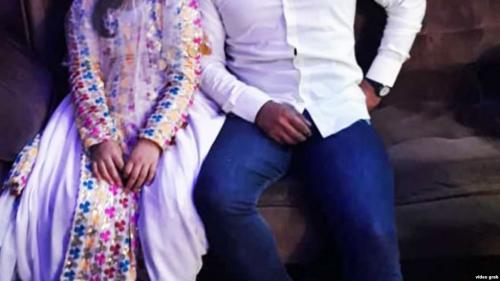 30,000 Underage Girls Forcibly Marry In Iran Every Year
Iran's Deputy President for Women and Family Affairs, Masoumeh Ebtekar, says that 30,000 marriages involving girls under 14 occur in Iran every year.
On Sunday, Ebtekar referred to an amended bill on reforming the age of marriage, saying that Iran does not have a ceiling for the age of marriage, and 30,000 marriages in the current law of women under the age of 14 each year testify to it.
The Iranian government official news agency, IRNA, cited Ebtekar as saying that the increase in marriage loans could inadvertently increase girls' and children's sales under the pretext of marriage.
In December 2019, a member of parliament, Tayebeh Siavoshi, said, "Since the amount of marriage loan has reached 600 million rials (roughly $14,250 based on government's official rate), the number of applicants planning to marry under-fifteen-year-old partners, compared with two years ago, shows an almost ninety-fold growth in the past five months."
Meanwhile, the number of underage marriages has also significantly increased, Ms. Siavoshi said.
However, Ebtekar says that the government has no plans to increase the age of marriage. "In our view, reaching 'intellectual maturity' is enough for marriage," she said. "But, an under-13-year-old person is truly a child, and if married, would suffer many physical and psychological consequences."
A governmental bill to prohibit underage marriages in Iran was rejected by the Judiciary Commission of the Islamic Consultative Assembly.
According to Islamic Sharia law, girls over nine and boys over 15 years old are mature enough to marry.
Earlier last year, a parliamentary motion to ban underage marriage was rejected by the Majles parliament's Judicial Commission under ultraconservative clerics' pressure.
The extremist elderly ayatollahs, officially called Shi'ite sources of emulation, have repeatedly insisted that when a girl reaches puberty, she can marry with her father's consent regardless of age.
Prophet Muhammad is the perfect example for all Muslims, the ultraconservative Grand Ayatollahs and their followers have argued. The prophet is said to have married at least one underage girl, a "six-year-old, Aisha, with whom he consummated the marriage when she reached nine," they have noted.