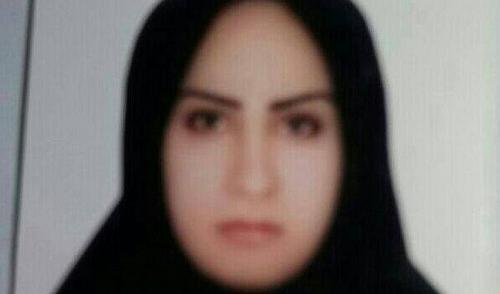 Zeynab Sekanvand, a juvenile offender who was 17 years old when arrested for the murder of her husband, was executed on October 2, 2018 morning at Urmia prison along with four other prisoners.
Zeinab was born on June 22, 1994, and was arrested on March 1, 2012, for the murder of her husband. She was sentenced to death by branch 2 of Urmia's criminal court. Her death sentence was confirmed by branch 8 of Iran's Supreme Court.
Zeinab was reportedly married to a man when she was 15 years old and, according to sources close to her, she was abused by her husband.
Iran Human Rights has obtained parts of the text of Zeinab's court verdict. According to the document, Zeinab was physically abused by her husband and she filed a complaint with Iranian authorities. However, Iranian authorities reportedly did not follow up on her complaint.
Zeinab Sekaanvand spent the first two years of her imprisonment in Khoy Prison (West Azerbaijan province, northwestern Iran). However, when she was sentenced to death, she was transferred to the women's ward of Urmia Central Prison.
She was scheduled to be executed in October 2016 but her death sentence was postponed.
Along with Sekanvand, four other Kurds were executed in Urmia Prison according to Hengaw, a group writing on human rights issues involving Kurds in Iran.Hengaw did not go into the details on the cases of the other detainees, only releasing the names of three: Changeez Irani, Mousa Jajilou, and Salman Alilou.