IRAN: A FEMALE PRISONER SENTENCED TO DEATH FOR ADULTERY 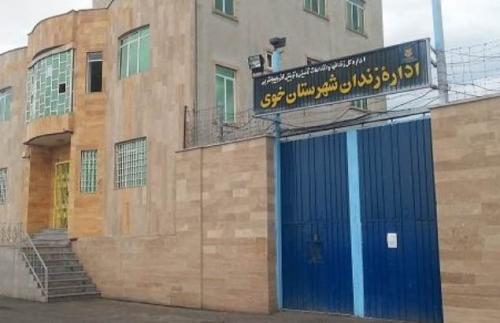 A female prisoner detained in Khoy Prison, who was arrested on November 2016, was accused of adultery (sex outside marriage) after being sued by her husband and has been sentenced to death by the Criminal Court (Branch 1), the Kurdistan Human Rights Network reported on 31 October 2018.
This prisoner has been identified as Zahra Derakhshani, born in 1982, married and a resident of Khoy. She was arrested with another citizen from Khoy on November 2016, on charges of adultery.
An informed source has told KHRN that the husband of this prisoner, a veteran and a member of the Basij, has been present at the court hearing as a private plaintiff in the case.
However, despite the fact that neither of the above two people have accepted the adultery charge and the Forensic Medicine Bureau has also rejected any sexual relationship between them, Judge Ali Hassanzadeh (the head of the Criminal Court/branch 1, who is also the chairman of the justice of the city of Khoy) has found them guilty of adultery solely based on what he has called as “Judge’s knowledge” and sentenced the female prisoner to death after she has spent a year in prison.
The source further said that the man arrested along with Zahra Derakhshani was later released on bail and the Derakhshani case was referred to the Supreme Court after her lawyer appealed. However, the Supreme Court has not issued a verdict yet.
It is worth mentioning that Derakhshani is currently imprisoned in women’s ward of Khoy prison.