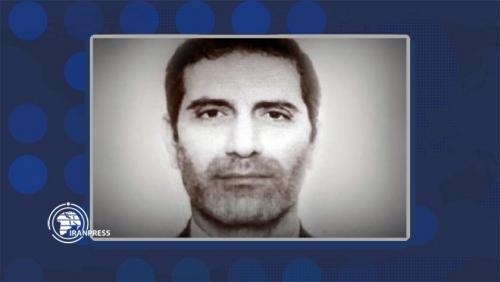 IRAN – Belgium
Brussels Court suspended the transfer of Assadollah Assadi.
Brussels Court of Appeal banned the Belgian government from transferring the Iranian jailed diplomat Assadollah Assadi to Iran.
Brussels Court of Appeal in Belgium suspended the verdict of transfer of an Iranian diplomat – Assadollah Assadi – who had been arrested in contrast to the Vienna 1961 Convention.
The court on Friday (July 22) ordered a fine of 500,000 euros if it was violated.
A hearing session is set for the coming Wednesday, where the Belgian Government will explain the necessity of the transfer of the Iranian diplomat, IRNA reported.
It is while the members of the Belgian Parliament ratified the prisoner swap treaty with Iran two days ago with 79 votes in favor, 41 against, and 11 abstentions.
Assadi, a diplomat at Iran’s Embassy in Austria, was arrested by the Belgian Government while he was on vacation near a German state about four years ago. Ha has been in jail in Belgium for two years.
Secretary of High Council for Human Rights Kazem Gharibabadi has announced that Assadi’s arrest in Germany, while he had been kept in jail in unacceptable conditions for 101 days, was against the 1963 Vienna Convention on Consular Relations.
Also, the Iranian Foreign Ministry spokesman, Nasser Kanaani, described Assadi’s arrest as an utterly illegal procedure and called for his immediate release.
The Belgium media reported that “A lawyer acting for an exiled Iranian opposition group said the Brussels appeal court had ordered that the Belgian government not hand over Assadollah Assadi to Iran without allowing the decision to be legally challenged and confirmed by a judge.
Georges-Henri Beauthier, a lawyer acting for the exiled opposition group the National Council of Resistance of Iran (NCRI), said the court had granted an order that the government’s case for any proposed release of Assadi be subject to “cross-examination before a judge.” “Before this hearing, the Belgian state cannot proceed to a prisoner transfer,” he said.
Tehran has been holding Belgian humanitarian worker, Olivier Vandecasteele, in jail since February as leverage.