IRAN - Fatemeh R., a woman and a minor, was hanged in Raja’i Shahr Prison of Karaj. 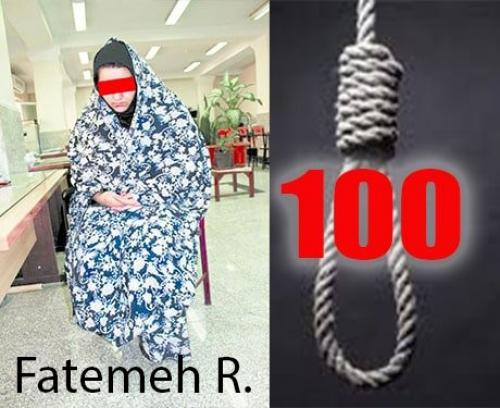 Fatemeh R., a woman and a minor, was hanged in the Gohardasht Prison of Karaj. The state-run media reported that the 21-year-old woman was executed last week which would be around December 9, 2019. (The state-run T. news.ir, December 16, 2019). Fatemeh R. had been sentenced to death on the charge of killing her husband during a family quarrel in 2015. Her death sentence was finally carried out last week. Therefore, she was a minor only 17 at the time of committing the crime. With the execution of Fatemeh R., the number of women executed since 2013 during Hassan Rouhani’s presidency amounts to 100. The Iranian regime is the world’s top executioner of women. On December 8, Maryam, 32, was hanged with her husband in Central Prison of Mashhad. (The state-run ROKNA news agency – December 11, 2019) Before that, on December 4, 2019, Somayyeh Shahbazi Jahrouii was hanged in the Sepidar Prison of Ahvaz. Therefore, in just one week, three women have been executed in Iran. This is while there is unconfirmed news about the hangings of another two women on December 4, 2019, in Gohardasht Prison of Karaj. Since the beginning of 2019, it has executed at least 13 women which is an escalation in the number of executions of women compared to the 6 women executed during the entire year 2018, ten women in 2017, and 9 women in 2016. The clerical regime in Iran is the world’s top per capita executioner. At least 4,000 people have been executed during Hassan Rouhani’s tenure as president since 2013. The true number of executions in Iran must be considered much higher since most executions are carried out secretly.