IRAN: FOUR EXECUTIONS IN THE CITIES OF ILAM, ZAHEDAN AND URMIA 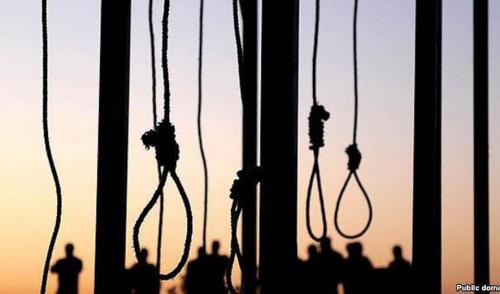 Four prisoners were executed in the cities of Ilam, Zahedan and Urmia. All of the prisoners were found guilty of murder.
Two inmates were executed at Urmia Central Prison. They were transferred on May 13 to solitary confinement for execution. The two are identified as Khalil Agush and Soheil Mirbakhsh. Khalil Agush was from Makou and was jailed in ward 3 and 4 of this prison since 2012 and Soheil Mirbakhsh, 25, from Urmia who was jailed since 2014 in youth’s ward of this facility.
On the same day an Ilami resident was executed at Ilam Central Prison, western Iran.  He was identified as Mojtaba Karimian from Mish-Khas Village of Ilam. He was condemned to death by Iran judiciary for intentional murder.
The fourth man, Mohammad Sarhadi, 33, was hanged in Zahedan Central Prison, southeastern Iran.