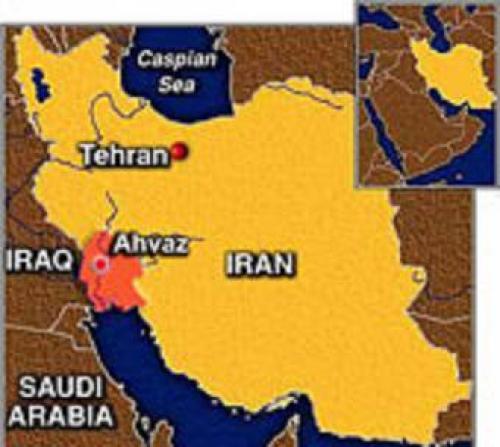 Iran hanged three people for carrying out bombings in the oil rich Khuzestan province. The Tehran Emrooz daily newspaper said the men were hanged in the provincial capital Ahvaz, where in January 2006 they bombed a private bank and the office of the governor.
Ali Matouri Zadeh, Malek Bani Tamim and Alireza Asakre "were convicted for acting against national security," the newspaper said.