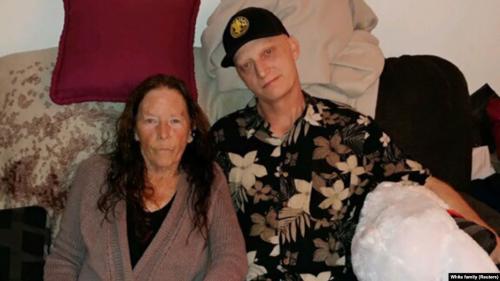 Iran Frees U.S. Navy Veteran On Humanitarian Grounds. A U.S. Navy veteran detained in Iran for allegedly insulting Supreme Leader Ayatollah Ali Khamenei and posting private information online has been released on medical furlough. Californian Michael White had been serving a 13-year sentence following his arrest in 2018, the State Department said in a statement announcing the release on March 19. Secretary of State Mike Pompeo said White had been “wrongfully detained” and that he was released on humanitarian grounds with the condition he would remain in Iran. He will undergo medical testing and evaluation and is currently in the custody of the Swiss Embassy, which oversees U.S. interests in Iran. “The United States will continue to work for Michael’s full release, as well as the release of all wrongfully detained Americans in Iran,” the statement said. “We thank the government of Switzerland for its continued and constructive role as our protecting power in Iran,” it added. The release of former Federal Bureau of Investigation (FBI) agent Robert Levinson was also demanded. He disappeared in 2007 and Washington suspects Iran of abducting him. However, Tehran maintains his disappearance is being investigated and that it’s not a sign he was prosecuted. The U.S. government also called for the immediate release on humanitarian grounds of Morad Tahbaz, Baquer Namazi, and Siamak Namazi. White was the first American known to be detained in Iran since President Donald Trump took office in January 2017.