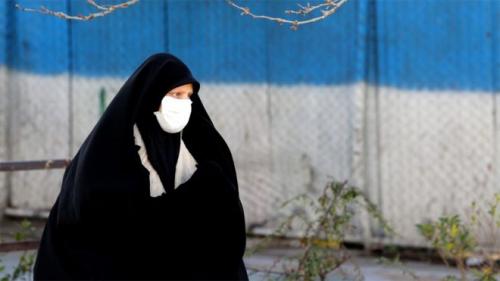 Iran Official Says So Far 52,000 Infected With Coronavirus, Far Beyond Official Number. In a surprising admission, Iran’s deputy health minister said Sunday that 26,000 people infected with the coronavirus are currently hospitalized and another 26,000 had the virus who either recovered, discharged or died. That is more than double the official figure announced on the same day. The data presented by Qassem Janbabaei show that since the novel coronavirus outbreak in Iran, 52,000 have been infected by the deadly virus, and 26,000 of them are still under treatment. The 52,000 figure almost exactly matches Radio Farda’s estimate of 51,880 infections published hours earlier and based on a detailed analysis of local media reports, announcements by provincial officials and medical universities. The same data also show that 2,372 have so far died of the Covid-19 across Iran. Nevertheless, the head of Iran’s Health Ministry Public Relations Office, Kianoush Jahanpour, who announces the official figures said on the same day put the number of total infections at 21,638. Meanwhile, Janbabaei admitted that the number of Covid-19 related deaths among 40-60-year-old victims has been much more than what the Islamic Republic had expected. “Since these forty to sixty-year-old people used to spend more time outside their homes, they were more exposed to the virus,” Janbabaei said without elaboration. In the meantime, Janbabaei maintained that the Ministry of Health had prepared 40,000 beds exclusively for people who tested positive. The Iranian new year (beginning March 22), traditionally a high season for travel has intensified concerns over the containment of the deadly virus. At least three million residents of the capital Tehran have traveled to spend their new year holiday away from the crowded 8.8 million metropolis. Nonetheless, the government claims the number of people’s new year journeys shows a 75% drop, adding that the decrease indicates the success of the policies implemented by the government. However, critics insist that still, the high number of travelers reflect the fact that the government’s central policy to sever the chain of coronavirus contraction has failed.