IRAN - Iran Rejects Offer Of Help By Doctors Without Borders To Fight Coronavirus. 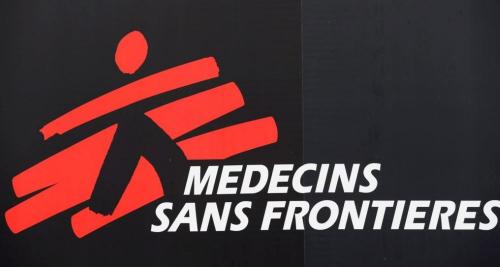 Iran Rejects Offer Of Help By Doctors Without Borders To Fight Coronavirus. Under apparent pressure from the Islamic Revolution Guards Corps (IRGC) and ultraconservative allies of the country’s Supreme Leader, Tehran has rejected the offer of medical help by a team sent by the renowned international non-governmental group, Medecins Sans Frontieres (MSF) or Doctors Without Borders. Earlier on March 22, MSF had sent a consignment of medical aid to Iran, including one field inflatable hospital, medicines, respiratory masks, and protective clothing. Meanwhile, MSF said in a tweet, “Iran is by far the hardest-hit country in the region and Ispahan (Isfahan) is the second most affected province in the country, and we hope that our aid will relieve, at least in part, the pressure on the local health system.” The tweet was followed by another one, expanding on the aid, “MSF sent a 50-bed inflatable hospital and a 9-person emergency team to the second most affected province in Iran.” However, a day later, an advisor to the Islamic Republic Minister of Health, Alireza Vahhabzadeh, announced on his Twitter account that, since the national mobilization for confronting the novel coronavirus is underway, and “the Iranian Armed Forces’ medical capabilities are entirely at its service, Iran did not need hospitals established by foreigners. Therefore, the MSF presence in Iran is irrelevant.” A day earlier, MSF had reported, “The inflatable hospital has been shipped by air from MSF’s logistics hub in Bordeaux, France, and is to be set up in the compound of Amin hospital in Isfahan. The unit is equipped to treat critically ill patients requiring constant medical supervision and care.” Nine doctors and specialists were assigned to run the inflatable hospital. An MSF representative in France told Radio Farda Tuesday morning their team is still on the ground in Iran, however, the “Operation in Isfahan is on hold until we get further clarification.” In the meantime, the ultraconservative allies of the Islamic Republic Supreme Leader Ali Khamenei, including daily Kayhan, bombarded Iran’s Ministry of health in recent days with harsh criticism for allowing MSF presence in the country. Speaking to the IRGC-linked Fars news agency on Monday, Kayhan’s Managing-Editor, Hossein Shariatmadari, implicitly accused the Paris-based MSF of being an American puppet. Referring to Khamenei’s comments on Sunday, Shariatmadari said, “America knows that it has no place in Iran, and it cannot have a presence here. Nevertheless, [one should ask] is it not true that France has always cooperated with the U.S. conspiracies against Iran? Is it not true that [French President Emmanuel] Macron has explicitly declared that he supports all American plots against our country?” Directly appointed by Khamenei, IRGC member Shariatmadari argued that MSF is a Paris-based organization, and it could not be trusted since all anti-Islamic Republic groups have a base in France. However, while based in Paris, MSF is a non-governmental organization active across the world. From 2000 to 2010, MSF was present in Iran’s southeast province of Baluchestan, serving local people and Afghan emigrants. In a statement in 2010, MSF announced that the Islamic Republic authorities had ordered it to close the organization’s office in the capital city of Iranian Baluchestan, Zahedan. Fighting to contain the deadly novel coronavirus in Iran has been mired with “conspiracy theories” and the presence of alleged “enemies targeting” the whole country and its people. In recent days, Khamenei has played a pivotal role in relating the outbreak to an imaginary “conspiracy” created by Washington. He even mentioned supernatural, mythological beings helping Iran’s enemies. Joining the chorus initiated by media linked with the Chinese Communist Party, Khamenei accused Washington on Sunday of creating the new virus and its related deadly disease, COVID-19. He went even further by accusing the U.S. of prescribing or exporting medicine to Iran that could spread the virus further or cause it to remain permanently. Retaliating to Khamenei’s remarks, the U.S. Secretay of State, Mike Pompeo, tweeted on Monday, “The Iranian regime ignored repeated warnings from its own health officials, and denied its first death from the WuhanVirus for at least nine days. The regime continues to lie to the Iranian people and the world about the number of cases and deaths.” Moreover, Pompeo affirmed on Monday, “It is important to note that since 2012, Iran has spent over $16 billion on terror abroad and used sanctions relief from the Iran nuclear deal to fill up its proxies’ coffers,” Pompeo said on Monday. “Regime officials stole over a billion euros intended for medical supplies, and continue to hoard desperately needed masks, gloves, and other medical equipment for sale on the black market.”