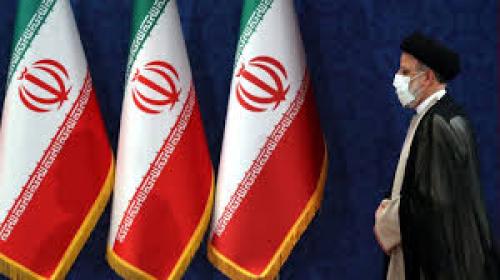 Iran Votes to Execute Protesters, Says Rebels Need 'Hard Lesson'
After numerous calls for harsh punishments in recent days, the Iranian parliament on Tuesday voted overwhelmingly in favor of the death penalty for protesters.
Iran has been experiencing unprecedented levels of protests and civil unrest since the death of Mahsa Amini on September 16. The 22-year-old Kurdish woman was arrested by the country's "morality police" for supposedly wearing an "improper" form of hijab during a visit to Tehran and allegedly beaten severely while in custody. The beatings are believed to have led to her death from a fatal head injury, but Iranian authorities have denied the accusation.
In the wake of Amini's death, there have been large-scale nationwide protests the likes of which Iran has not seen in decades. Female protesters have notably taken to burning their hijabs and cutting their hair in public in defiance of the rules imposed by Iran's Islamic government, under the leadership of Ayatollah Ali Khamenei.
Iranian lawmakers have, in recent days, called for strict punishments for the protesters who have been arrested. On Monday, CNN reported that a letter signed by 227 members of the Iranian parliament urged that the protesters be given harsh punishment that "would serve as a good lesson in the shortest possible time."
"Now, the public, even protesters who are not supportive of riots, demand from the judiciary and security institutions to deal with the few people who have caused disturbances in a firm, deterrent, and legal manner," Iranian government spokesman Masoud Setayeshi said, according to Reuters.
On Tuesday, parliament did just that, voting to impose the death penalty on all protesters in custody as a "hard lesson" for all rebels. The majority in favor of the penalty was considerable, 227 out of the 290 total members, matching the number of lawmakers who signed the letter.
It is unclear when the executions will be carried out, but the task will potentially be significant. As of Thursday, CNN reported, about 14,000 people had been arrested in connection with the recent protests. On Tuesday, Carnegie Endowment fellow Karim Sadjadpour said the number was nearing 15,000.
"In the last 8 weeks Iran's regime has killed over 300 protestors, imprisoned nearly 15,000, and threatened to execute hundreds more, yet Iran's women persist," Sadjadpour wrote in a tweet. "Today female university students removed their forced hejab and chant, 'I am a free woman.'"
Several prominent figures in Iran are calling for a response from foreign governments.
"Outrageous! After killing 100s of protesters on the streets & a violent crackdown, 227 MPs in Iran called the protesters "Mohareb" & asked the judiciary to issue "retribution" sentences [execution]," journalist Omid Memarian tweeted on Sunday. "The world should respond. Dangerous!"
In response to the parliament vote, activist and journalist Masih Alinejad tweeted: "227 members of the 290-seat Parliament in Iran have called on the Judiciary to issue death sentences for people arrested during the ongoing uprising. They want to execute innocent protesters who chanted Woman Life Freedom. The world must stop this act of terror."
Newsweek reached out to the Iranian government for comment.