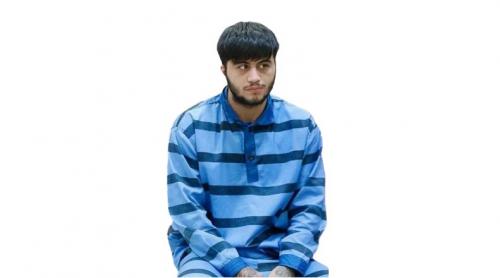 Iranian Protester Handed Death Sentence
Mahan Sedarat
An Iranian court has issued a death sentence against Mahan Sedarat, a man arrested during the nationwide protests sparked by the September death of a 22-year-old woman in the custody of morality police.
A judiciary source told IranWire that the sentence was handed by Branch 26 of the Tehran Revolutionary Court and will be communicated to Sedarat’s lawyer in the coming days.
The defendant was charged with carrying a cold weapon, as well as with assembly and collusion against Iran's national security.
At the court hearing, Sedarat stated he did not intend to fight against police forces, and that he was planning to peacefully gather with other people and chant slogans. The judge accused him of "disrupting the social order."
The wave of anti-government demonstrations that have convulsed Iran for more than 8 weeks is one of the biggest challenges to the country's clerical rulers since the 1979 Islamic Revolution.
Security forces unleashed a fierce crackdown on the mainly peaceful protest movement, arresting several thousand people, subjecting detainees to various forms of physical and psychological torture, and killing more than 300.
Officials have blamed foreign powers for the unrest, without providing any evidence.