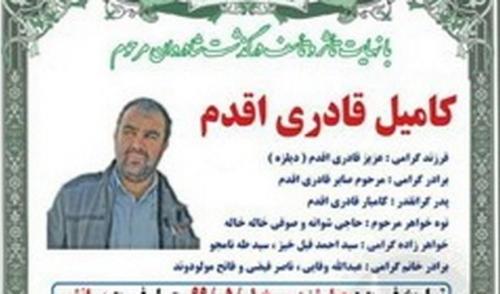 According to Iran Human Rights, a prisoner on death row was executed in Naghdeh Prison on 22 July 2020.
The identity of the prisoner has been established as Kamil Ghaderi-Aghdam, who was sentenced to retribution in kind for "premeditated murder".
An informed source told IHR: "Many efforts were made to save Kamil Ghaderi, and two nights ago, a large number of local elders went to the victim's family home to request their consent. A group of civil activists also gathered outside the prison gates last night, but the victim's family did not consent."
According to the Kurdpa website, which first broke news of the execution, Kamil Ghaderi-Aghdam was from the village of Dilzeh in Piranshahr, West Azarbaijan Province. At the time of publication, the execution of this prisoner has not been announced by local media or officials.