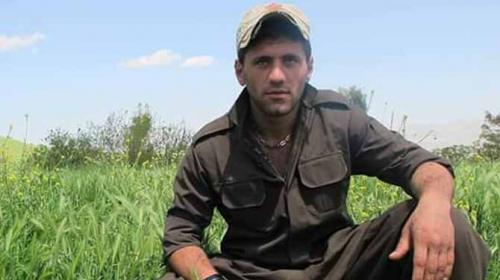 An Iranian court on Sunday sentenced Kurd Political Prisoner Houshmand Alipour to death. Houshmand Alipour was sentenced to death by the Revolutionary Court of Sanandaj, capital of the Kurdistan Province in western Iran. Houshmand Alipour and Mohammad Ostadghader, both from Iran’s Kurdish minority, were arrested on August 3, 2018, on suspicion of taking part in an armed attack against a security base in that city. Following their arrest, the Ministry of Intelligence claimed it had arrested members of “separatist and Takfiri” groups that had attacked a security base in Saqqez, Kurdistan province. On August 9 the Kurdistan Freedom Party (PAK), a Kurdish opposition group, issued a statement taking responsibility for the attack. It stated that Houshmand Alipour and Mohammad Ostadghader were arrested after they went in to rescue injured PAK members who had taken part in the attack. They were shown on state television four days later on August 7 making a forced “confession” incriminating themselves. At the time, Houshmand’s father said that he was subjected to “severe torture” to say he had attacked a military base in Saqez, western Iran. Mostafa Alipour said that his son was was not involved in any armed operations. The court charged Alipour with “Baghi”, and Arabic term which means armed revolt. Houshmand Alipour was transferred to the Saqez Central Prison 110 days after his arrest. He spent the 110 days in the Sanandaj Intelligence Detention Center. His family were only allowed to visit him once during the whole incarceration. Iran has a dismal record of sentencing political detainees to death based on forced confessions. This is an old tactic of the regime’s intelligence and suppression apparatus and has long been a topic of discussion and criticism among international human rights organizations, who have condemned the regime for violating the most basic rights of political prisoners. The state-run Islamic Republic of Iran Broadcasting (IRIB) has a long history of broadcasting such forced confessions.