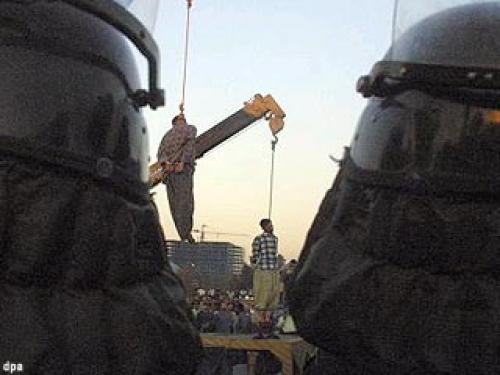 an Iranian man convicted of murder was publicly hanged in Isfahan, the Iran newspaper reported. The 27-year-old man, only identified as Arash, had stabbed another young man, Ehsan Hajmomen, in a fight in 2003, the report said.
The hanging bring to eight the number of people executed in Iran so far in 2006, according to a tally based on press reports and witnesses.