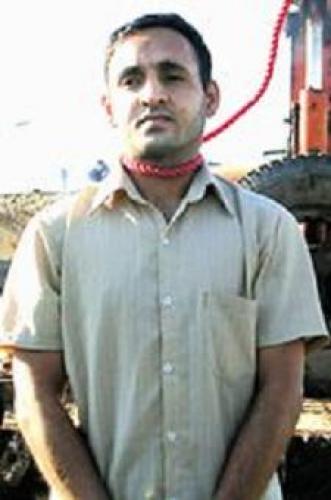 an Iranian man convicted of murder was publicly hanged in southern Kerman province.
The man, identified only as Mohammad, was hanged for shooting Mohammadreza Darregarai in June 2005 in the earthquake-stricken city of Bam. The victim had been an engineer working on a construction site.