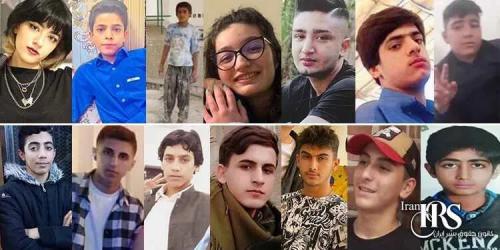 More than 54 children under the age of 18 have been killed by repressive agents in the nationwide uprising of the Iranian people.
UNICEF statement expressed deep concern about the continued reports about the deaths, injuries and arrests of children and teenagers during the recent protests in Iran. And he expressed his condolences to the families of the dead and injured.”
In this statement, UNICEF emphasized that it wants to protect all children from any violence and harm, including in conflicts and political events. Violence against children is indefensible, by anyone and in any context.
In the end, UNICEF statement wrote: “This request of the Secretary General has been repeated to the authorities that unnecessary and excessive use of force should be avoided. Children and teenagers should be able to obtain their rights in a safe and peaceful environment”.
The nationwide protests of 2022 in Iran began with the protest against the murder of Mahsa Amini. It has continued until now and more than 369 people were killed.

The names of 54 minors that have been collected so far by the Iranian Human Rights Society are as follows:

7- Siavash Mahmoudi, 16 years old, from Beheshti settlement, Naziabad, Tehran. Due to being shot in the head by security officers, the date of death is (probably) September 26.

8- Mohammad Zamani, 16 years old, Tehran, because of being shot by security officers in Sultan Abad.

9- Ehsan Alibazi, 16 years old, Quds city, shot by security officers, date of martyrdom on September 23, 2022 – he was killed by 12 bullets. He was buried in the cemetery of Waliasr town in Barde, Ilam province.

10- Nika Shakrami, 17 years old, Tehran, went missing on Keshavarz Blvd. on September 11. And on September 30, her body was found in Kahrizak with her face disintegrated, nose crushed, and jaw broken due to baton blows.

11- Amir Mehdi Farakhipour, 17 years old, Tehran, as a result of being shot by security officers in Tehran’s Laleh Park. Date of death: September 28, 2022.

13- Nima Shafiq Dost, 16 years old, was injured in nationwide protests in Urmia and hospitalized in the basement of her house, she was arrested, and her body was handed over on October 5.

14- Mohammad Javad Zahedi, 16 years old, Sari, killed with 95 Shotgun bullets in the head and back.

20-Mireshkar (unknown name/2-year-old child). On the evening of Sunday, October 3, this child was shot directly in front of his house in Jam Jam Boulevard, Zahedan.

21- 12-year-old Mohammad Rakhshani, the son of Abdul Qadir from Kausar Zahedan area, was shot in the head by the forces of Basij Tharullah base in Kebdani neighborhood.

22- Yaser Shahouzahi, 16 years old, was shot in the heart by security agents, killed on Friday, October 1.

(Balochistan children – from number 15 to 24 – were mostly killed by government agents on Bloody Friday, October 1 in Zahedan, or until October 5 in the cities of Balochistan.)

23- Pooya (Ali) Ahmadpour Psikhani, 17 years old, Rasht, due to being hit by the batons of security officers. He first went into a coma and died after a few days, on September 23.

24- Abulfazl Adina, 16 years old, was killed on October 8 by 24 shotguns in front of Ferdowsi University of Mashhad.

25- Ali Brahui, 12 years old, son of Omar from Zahedan, who was hit by two bullets in the chest and neck on Friday, September 30.

26- Daniyal Shah Bakhsh, 11 years old, son of Abdul Hamid, who was hit by a bullet in the heart.

30- Asra Panahi, 15 years old, Ardabil, was beaten in Shahed High School and then died on October 12 in the hospital.

31- Arnica Ghaem Maghami, 17 years old, fell into a coma after being hit by a baton in Tehran and died on October 22 after ten days.

33- Sadaf Movahedi, 17 years old, suffered a concussion and died on October 24 after being hit on the head with a baton in Tehran.

35- Sarina Saedi, 16 years old, from Sanandaj, died on October 26 in the hospital after being hit on the head with a baton.

36- Abulfazl Bao, 16 years old, was killed in Qaem Shahr by a gunshot to his heart on October 21.

37- Mona Naqib, 8 years old, died on October 24 due to direct fire by the agents in Saravan.

38- 15-year-old Adel Barichi from Shirabad district of Zahedan, died on October 28 due to direct fire by the agents.

39- Omid Naroi, 16 years old, son of Gholam Nabi, a 9th grade student from Zahedan, as a result of direct fire by security agents, killed on October 28.

42- Diana Mahmoudi, a 7-year-old child from Piranshahr, was shot by security officers on October 29.

46- Mehdi Hazrati, 17 years old, from Karaj, shot by security agents in the 40th Hadith of Najafi. Killed on November 3.

47- Mohammadreza Sarvi, 13 years old, from the city of Ray, was shot by agents on November 3. 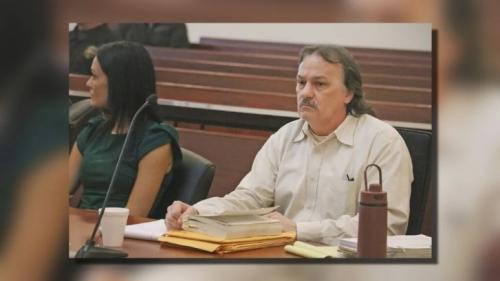