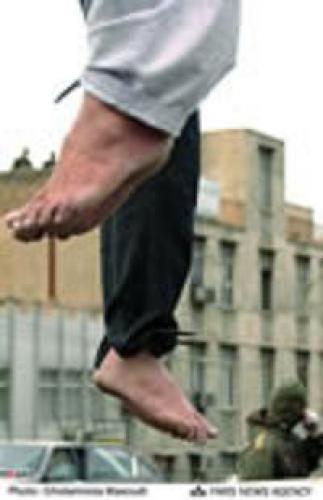 an Iranian man convicted of murder was hanged in public in the southern city of Shiraz. The executed man was identified as Mohsen Najmi 22, who shot dead Amir Arsalan a year ago after giving him a lift in his car. Two men identified as Nasser and Saeed were hanged in public in the southern city of Shiraz, state-run daily Khorassan reported on June 25. A political prisoner was hanged on June 24 in Tehran after serving 10 years behind bars.
The man, identified as Saleh Mahmoudi Gouilani, was hanged in a prison in the north-western city of Orumieh, according to the reports.
Gouilani along with two other individuals were accused of killing an agent of the security forces during an armed clash in the nearby town of Sardasht. The mullahs’ judiciary hanged a young men aged 22 in Tehran, CNRI reported on June 24. An Iranian convicted of killing two civilians in a bombing and a policeman in a shooting has been hanged in the southeastern town of Zabol hard by the Afghan border, official media said on June 21.
Gholam Ghaljai had also been convicted of espionage, the state IRNA news agency said, without saying who he was accused of spying for. Ghaljai was also convicted of armed robbery and possession of illegal drugs, IRNA said.