IRAN: SPIRITUAL LEADER ON DEATH ROW GETS JAIL ON RETRIAL 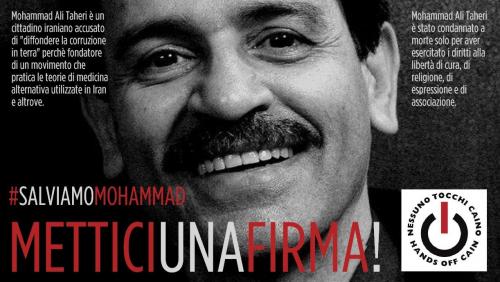 The leader of an Iranian spiritual movement, whose repeated death sentences drew UN and US condemnation, has been given a five-year jail term after a second retrial, his lawyer said.
In June 2015 and again in September last year, the courts found Mohammad Ali Taheri guilty of “corruption on earth” — the gravest charge in the Islamic republic.
But on each occasion the Supreme Court overturned the death sentence and ordered a retrial.
After the latest retrial, the court convicted Taheri of the lesser charge of “non-aggravated corruption” and sentenced him to five years in prison, his lawyer Mahmoud Alizadeh Tabatabaie told AFP.
But Tabatabaie said he would appeal the conviction as it was made on the basis of a 2013 law that the court was applying retroactively and his client had already served a five-year jail sentence and longer in prison awaiting retrial.
Taheri founded his Erfan Kayhani (“Cosmic Mysticism”) movement in the early 2000s and quickly became a well-known spiritual leader, appearing on state television and giving classes at Tehran University.
He promoted alternative medicine and followed what he said were messages from spirits.
But as his popularity grew, he fell foul of Iran’s clerical establishment and the conservative-dominated judiciary launched a crackdown on what they dubbed his “satanic” sect.
He was first detained for a short period in 2010 and was then rearrested in May 2011 and held in solitary confinement before being charged with “insulting Islamic sanctities” and “corruption on earth.”
In July, August and September, authorities arrested at least 25 of his followers, some of them for organizing protests against his death sentence, Iranian media reported.