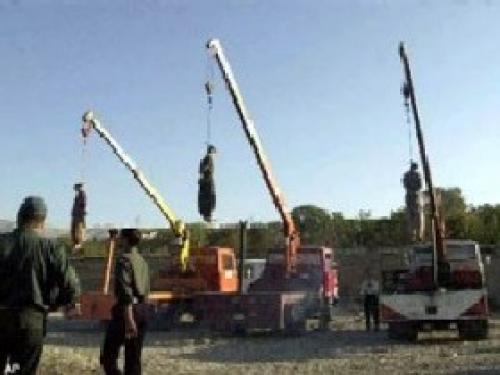 three Afghans convicted of raping an Iranian woman and stealing a sheep were publicy hanged in the southern town of Ravar in Iran’s Kerman province. The three men -- identified as Nazar Mohammad, Kheyrollah, and Besmellah -- were reported to have been in the Islamic republic illegally. Their crime was committed in December 2004, the local judiciary was quoted as saying.
Before being strung up, the trio were also given 74 lashes each. An accomplice, identified as Jilan, was sentenced to three years in prison and 164 lashes.