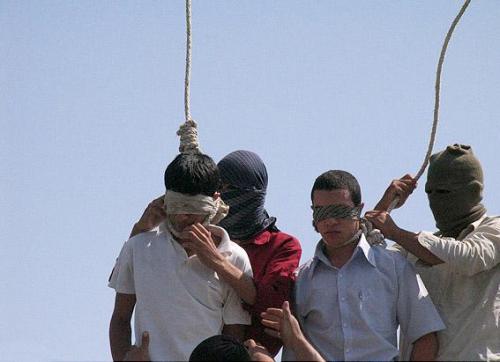 Mahmoud Asgari, 16 (some sources say 18), and Ayaz Marhoni, 18 (some sources say 20), two men convicted for raping a teenage boy were hanged in public in the northeastern Iranian city of Mashhad, drawing a crowd of hundreds of cheering Iranians, witnesses said. According to the Quds newspaper, the two had abducted a 13-year-old boy in 2004 and raped him at knife-point.
The report added that both convicts were also given 228 lashes each for drinking, disturbing the peace and theft.