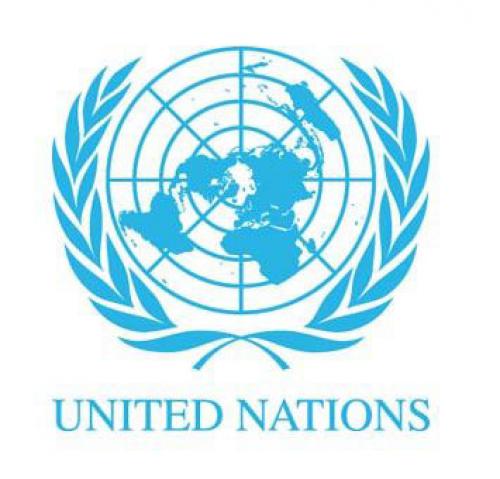 The Third Committee (Social, Humanitarian and Cultural) on Wednesday sent seven draft resolutions to the General Assembly today, five of which were focused on country-specific situations and subject to heated debate.
A draft resolution on human rights in Iran — approved by a recorded vote of 79 in favour to 32 against, with 64 abstentions — would have the General Assembly express serious concern at the alarmingly high frequency of death penalty imposition, particularly against minors.  It would call on Iran to ensure that no one is subjected to torture — or other cruel, inhuman or degrading treatment — and to end the widespread and systematic use of arbitrary arrests and detention, including the practice of enforced disappearance.
Iran’s representative said that tabling a politically motivated draft resolution reflects the destructive behaviour of those who manipulate human rights issues.  “These false preachers” are acting as willing accomplices to economic terrorism waged by the United States against civilians in Iran, he said, denouncing the unlawful unilateral coercive measures imposed on his country.
Passed with 79 affirmative votes, this is the 67th UN resolution on the human rights situation in Iran since the mullahs rose to power in 1979. The resolution raises concern at the “alarmingly high frequency of the imposition and carrying-out of the death penalty” in Iran. These include executions that were undertaken against persons on the basis of forced confessions, execution of minors, and executions carried out for crimes that “do not qualify as the most serious crimes,” the resolution warns. The UN resolution stresses that that the regime is in violation of its international obligations and in breach of international covenants, the International Covenant on Civil and Political Rights and Convention on the Rights of the Child.
The resolution also raises alarm at the widespread and systematic use of arbitrary arrests and detention, the use of torture to extract confessions, such as in the case of wrestling champion Navid Afkari, executed in September. There is also mention of suspicious deaths in custody, as well as long-standing violations involving the Iranian judiciary and security agencies, including enforced disappearances and extrajudicial executions.
The regime is also condemned for its suppression of the right to freedom of expression and opinion, including widespread restrictions on Internet access and in digital contexts, and the right to freedom of association and peaceful assembly and harassment, intimidation and persecution of political opponents, human rights defenders, and all forms of discrimination and other human rights violations against women and girls in law and in practice.
The regime’s repressive measures have increased in recent months, as the regime neared the first anniversary of the November 2019 uprising, in which protesters in than 190 cities across Iran called for the overthrow of the regime. The regime only managed to maintain its hold on power through a brutal crackdown and the murder of more than 1,500 protesters.
The Iranian regime is furious over the resolution. On November 16, Ali Bagheri-Kani, Head of the Iranian Judiciary’s High Council for Human Rights, told the official IRNA news agency, “The efforts of some countries to pass a resolution in the UN General Assembly Third Committee against the Islamic republic has no legal basis and is not based on the human rights realities in Iran.”
Bagheri-Kani also accused Canada, which has prepared the draft resolution, of being a human rights abuser.
Following the vote on the resolution, the National Council of Resistance of Iran (NCRI), issued a statement, in which it reiterated, “Those responsible for the majority of the crimes to which the resolution has referred are the very people who turned the November 2019 uprising into a bloodbath, killing at least 1,500, including young people, wounding 4,000 and arresting 12,000 more. The same officials who have been continuously perpetrating crime against humanity for the past four decades, in particular the 1988 massacre of political prisoners.”