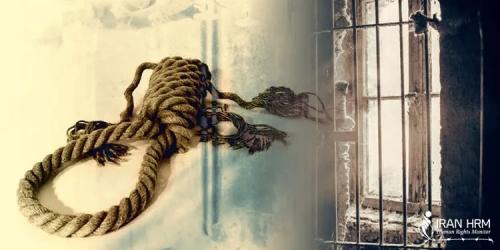 World Day Against Death Penalty, extrajudiciary killings in Iran
The arbitrary murder of Daryoush Alizadeh on October 8, 2022, in the city of Sanandaj was shocking in the sense that he was honking his car’s horn in support of protesters. Then all of a sudden, a security force shot him in the head. In a similar incident in Mashhad a young woman lost her life after she was shot in the neck by the state security forces.
The two incidents bring to life a stark reality in Iran that where the ruling regime does not care the least about the lives of people. Daryoush Alizadeh and the unidentified woman in Mashhad were victims of arbitrary killings in Iran, which is a common practice.
On the eve of the world day against the death penalty, Iran HRM would like to draw attention to the grim reality of arbitrary killings in Iran, which far exceeds the number of executions carried out in prisons. Although the death penalties carried out on official verdicts are themselves considered arbitrary due to fair trials and legal procedures.
The high number of death penalty sentences in Iran are of great concern and have always been of great concern. However, the increase in the number of executions in 2022 is especially alarming. Compare 450 executions from January to September 2022, to 366 executions in 2021, and 225 in 2020.
There continues to be a lack of official data on the total number of death sentences imposed and the number of executions carried out. The majority of the offenses punished by the death penalty do not meet the threshold of the “most serious crimes,” “which appertain only to crimes of extreme gravity involving intentional killing.”
The substantial short comings in the legal framework and justice system, which fall short of the requirements on the articles 6 and 14 of the International Covenant on Civil and Political Rights to the right to life and the right to a fair trial, and which consequently would render most if not all executions in Iran an arbitrary deprivation of life.
In his report to the UN Human Rights Council in July 2022, Professor Javaid Rehman, the UN Special Rapporteur on the situation of human rights in Iran, wrote, “the extent of arbitrary deprivation of life in the Islamic Republic of Iran is of serious concern. On the one hand, the national legal framework justifies arbitrary deprivation of life in some areas, such as extensive grounds for the imposition of the death penalty and the use of force by security forces in ways that are incompatible with international law.
“In other areas, violations are a result of practices and acts contrary to the national legal framework itself, such as the use of torture, the lack of timely access to medical care in detention and failure to take appropriate measures to address the general conditions in society that may give rise to direct threats to life or prevent individuals from enjoying their right to life with dignity.”
Arbitrary killings in Iran streets
In addition to the killings carried out in prisons, the state security forces, and intelligence forces have a green light to open fire on unarmed civilians at any time.
In the case of recent protests in Iran, most of those killed or wounded have been hit in the head or chest, which indicates the state force’s intention to kill, which is a violation of basic human rights.
In the November 2019 protests, too, the UN High Commissioner for Human Rights, Michelle Bachelet, observed the same pattern in targeting the protesters.
In her statement on December 6, 2022, Ms. Bachelet said she had received reports from Iran indicating that “security forces shooting unarmed demonstrators from behind while they were running away, and shooting others directly in the face and vital organs – in other words shooting to kill. These are clear violations of international norms and standards on the use of force, and serious violations of human rights.”
Add to these the numerous instances where security forces opened fire on porters, fuel carriers, street peddlers, etc.
This has been the Iranian regime’s practice for many years, which needs to be addressed by the international community and human rights defenders and organizations.
On this world day against the death penalty, Iran HRM uses the opportunity to call on relevant officials and experts to take urgent action to stop the arbitrary killings in Iran, which deprive Iranian citizens of their right to life.