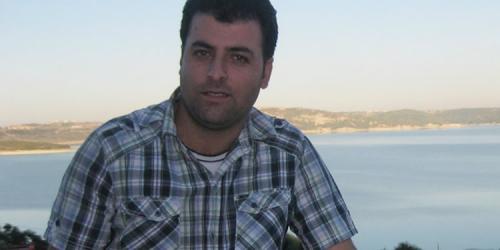 Zaman Fadaii (also Zaman Saheb Fadaei), was lashed 80 times for drinking communion wine
A month after an Iranian Christian convert was lashed for drinking communion wine, another convert, Zaman Fadaii (also Zaman Saheb Fadaei), was lashed 80 times on Sunday, November 15, 2020 for the same reason.
The sentence was carried out at Shahid Moghadas Court next to Evin Prison.
Zaman Fadaei has been serving six years in prison recently reduced from ten years followed by two years in internal exile for organizing house churches and promoting ‘Zionist’ Christianity”. He was sentenced to 80 lashes for drinking communion wine. He has currently been serving his sentence in Tehran’s Evin Prison.
Agents of the Ministry of Intelligence attacked a house church ceremony on May 13, 2016, arresting Christian convert Mohammad Reza Omidi, Mohammad Ali Mosayyebzadeh, Zaman Fadaii, Yousef Nadarkhani and his wife.
Zaman Fadaei, along with Yousef Nadarkhani, Youhan Omidi, and two other members of “Church of Iran” were arrested in May 2016 and were tried in June 2017 on charges of “acting against the national security through propagating house churches and promoting Zionist Christianity”, for which the four men were sentenced to 10 years imprisonment.
An initial appeal in May 2018 upheld the sentences, but a further review took place in May 2020 reduced the sentences against Pastor Yousef Nadarkhani and Zaman Fadaii to six years.
Last month, the clerical regime lashed Iranian Christian convert Mohammad Reza Omidi 80 times for drinking communion wine.
Many Iranian Christians are in prison in Iran for practicing their faith. Heavy bail bonds and exile sentences are additional pressures that the Iranian regime imposes on Christians.
In another example, Ebrahim Firouzi, also a Christian covert, was arrested in 2013 for practicing his faith. He served his sentence in Rajaishahr Prison of Karaj and was released on October 26, 2019. Then again, on November 12, he was sent to the city of Sarbaz, in the southeastern province of Sistan and Baluchestan to serve 2 years of internal exile.
International organizations have repeatedly censured the Iranian regime’s suppression of religious minorities, including the Christian converts, for practicing their faith.
Judges presiding the trials in the clerical regime’s courts have been instructed to consider maximum punishments for religious minorities and particularly the Christian converts.
The Iranian regime criminalizes conversion to Christianity, and severely restricts the faith practiced by Armenian and Assyrian Christians.