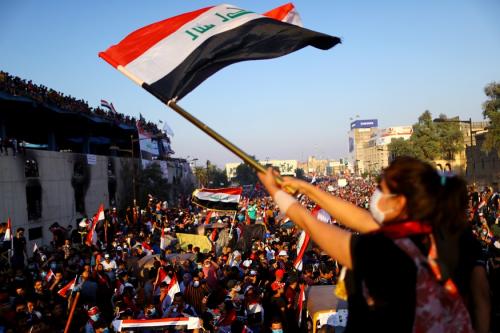 An Iraqi court sentenced a police officer to death on 1st December 2019 after convicting him of killing demonstrators, in the first such sentence in two months of deadly civil unrest.
The Kut criminal court sentenced the police major to be hanged and jailed a police lieutenant colonel for seven years for their roles in the deaths of seven protesters in the southern city on 2 November, judicial sources said.