IRAQ. GIVE ME THE APPOINTMENT TO SAVE SADDAM AND HIS EVENTUAL EXECUTIONERS, PANNELLA 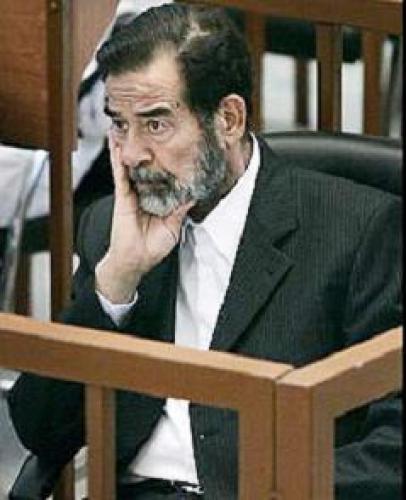 Marco Pannella formally asked Italy’s government to be appointed with the objective of saving Saddam Hussein from the death penalty.
Pannella voiced his request over the microphones of Radical Radio in Rome: “I believe to have the credentials and the ability to save, with Saddam’s life, the life of the rights and the civility which he attempted to massacre by massacring people and ideas and which today, with his execution, risks putting to death the image, the identity and the historical force of the liberal, democratic and secular alternative to the pandemic domination of the intolerant and murderous incivility which dominates a large part of the middle east and which now even wields unusual strength within the West.
I therefore make, with urgency, a formal request to the government and to parliament for a special government appointment delegating me the objective of saving Saddam from execution, but before Saddam, the democratic, non violent hopes of martyred peoples oppressed around the world”.
Marco Pannella, Rosa nel Pugno MEP and Hands Off Cain President, had called on the international community to send Saddam Hussein into exile in a campaign against the 2003 US-led war to oust the dictator.