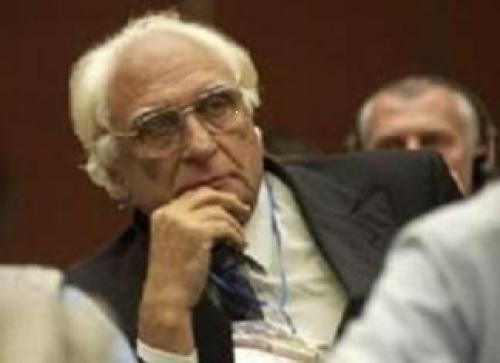 Marco Pannella, a member of the European Parliament and leader of the Nonviolent Radical Party, started a thirst and hunger strike to protest the death sentence against former Iraqi leader Saddam Hussein.
“The Iraqi government would commit a horrible act, of the same level as those committed by Saddam Hussein himself,” Pannella said yesterday in a statement on the party’s Web site.
Granting clemency to the former Iraqi leader would be “an extraordinary occasion, to make literally explode in the hearth of the Middle East and in the world, an immense act of peace and a debate among the peoples and consciences, the scandal of nonviolence as an alternative to dictatorships and to the war; a war that now, more than ever, is impending on humanity”.
“In 2003 - he said - despite the vote by a large majority of the Italian Parliament calling for the exile of Saddam Hussein as an alternative to the war, and for a free Iraq, both the Italian Government and the parliamentary opposition, did not follow up to that vital decision. Saddam Hussein was aware of our initiative. He could remember it now with gratitude and regret for not accepting it. A living Saddam Hussein, could become an essential and unique instrument to pacify and deligitize the “army”, made up of gangs of assassins, which is continously committing massacres against the Iraqi people”.
Marco Pannella, aged 76, has been at the forefront in Italy of the promotion of important reforms regarding narcotics, facing incarceration on various occasions for his civil disobediences. Engaged in the defence of civil rights in Eastern European countries, in 1968, he was arrested in Sofia for having distributed leaflets against the Communist regime. He is one of the first promoters and founders of the “Green” and “ecologist” political movements in Europe.