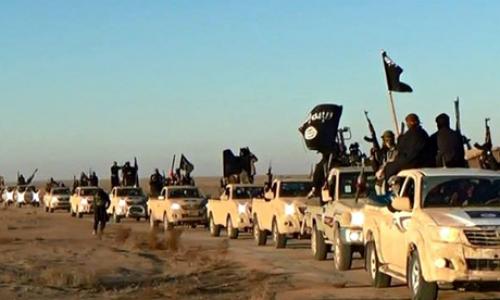 Isis fighters, pictured on a militant website verified by AP.

An Iraqi court on 28 May 2019 sentenced two high-profile French members of the Islamic State group to death, bringing the total number of French former jihadis condemned to death this week to six.
France said it would do all it can to spare the group from execution in Iraq. Although it has made no effort to bring back the captured fighters, France is outspoken against the death penalty globally.
The men sentenced to death on 28 May were identified as Karam Salam Mohammed El-Harchaoui (33) and Brahim Ali Mansour Nejara (32).
"We are multiplying efforts to avoid the death penalty for these ... French people," France's Foreign Minister Jean-Yves Le Drian said on France-Inter radio. He didn't elaborate, but said he spoke to Iraq's president about the case.