ITALIAN GOVERNMENT NOT RESPECTING CHAMBER OF DEPUTIES, HANDS OFF CAIN 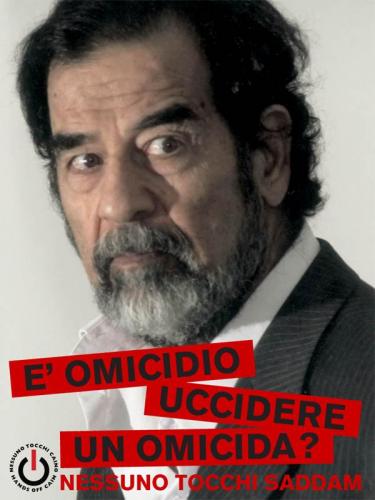 the government should commit itself to presenting a resolution for a moratorium on executions at the ongoing UN General Assembly, even without unanimous support from the European Union. At a press conference held in Rome, Hands Off Cain appealed to the Italian government to respect the motion calling for such action approved by the Chamber of Deputies last July 27.
“This battle has reached a critical point. Through non action, the Italian government is about to impede the approval of the resolution,” said Hands Off Cain Secretary Sergio D’Elia.
If the ‘French compromise’ (a simple ‘declaration of association’ as an alternative to the resolution) were to pass, “The European Union would show its weakness and create an alibi preventing any similar resolutions ever being presented at the United Nations. The deadline for presenting the resolution is November 2, there is a risk of complete failure of the initiative,” stated Elisabetta Zamparutti of Hands Off Cain.
“Italy still has a chance of bringing about an historic victory on one of the fundamental issues of our society and culture. There are over 100 countries at the United Nations ready to support this resolution,” Zamparutti stated.
“It is estimated that those opposed to the motion will be no more than 60-65 out of 192 states,” added D’Elia.
“On ‘death rows’ in the United States, I met many prison guards who were against the death penalty,” said photographer Olviero Toscani, “because being close to this reality brings an understanding of how absurd it actually is. No civilisation can allow itself to carry out murder. Today we are in the minority, but one day people will say, ‘and to think that in 2006 we were still talking about legalised murder.’”