JAPAN: FATHER OF KILLED SON ON CRUSADE FOR ABOLITION OF DEATH PENALTY 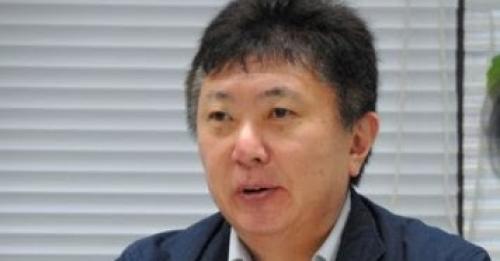 Once filled with hatred and anger toward a truck driver who killed his son, Tadaari Katayama now is an unlikely anti-death penalty advocate.
Katayama, 63, has jointly set up a citizens group seeking to end capital punishment after engaging in activities to support crime victims and interacting with inmates. He said he has come to believe that criminals can reform.
“I do not want the lives of anyone to be ended anymore,” said Katayama.
In November 1997, Katayama's 8-year-old son Shun, a 2nd-grade elementary school student, was hit by a dump truck while on his way to school and killed.
Questioning why the perpetrator was not prosecuted, Katayama sought eyewitnesses to the accident and waged a petition campaign calling for the case to be reopened.
The public efforts forced prosecutors to admit their failing and indict the driver, who was eventually convicted of professional negligence resulting in death.
The case also provided a good opportunity to review the way crime victims are treated.
At that time, Katayama felt not only hatred and sadness but also fear toward the perpetrator. As the motorist did not visit him to apologize and just sent perfunctory letters, Katayama thought the driver “may be a monster-like individual.”
But when meeting with the perpetrator on the recommendation of the lawyer, Katayama was surprised that the small, pale-faced man was just a young father at a loss over what to do about the accident.
Although they could not find common ground, Katayama felt at ease to learn that the driver is “a normal person.”
Katayama in 2000 started speaking of “the viewpoint of victims” at prisons and juvenile training schools at the request of the Justice Ministry. He has since had a dialogue with convicts eight times a month.
Inmates who had killed others sometimes expressed their apologies to the victimized individuals while sobbing. Katayama became interested in the death penalty after exchanging letters with a death-row inmate and deepening his understanding of the law.
Whereas many crime victims are in favor of the ultimate punishment, Katayama had his doubts about such an approach. That is because an execution makes it impossible for convicts to reform and deprives an opportunity for victims to emotionally heal through interactions with the inmates.
On top of that, Katayama could never support capital punishment, which “ends someone’s life.”
Katayama initially hesitated to publicly voice his opposition against the traditional form of punishment. However, he changed his mind as penalties were strengthened against criminals, the public continued to support capital punishment and 13 former senior members of the Aum Shinrikyo doomsday cult were hanged in July last year.In January this year, through a friend, Katayama met with former Justice Minister Hideo Hiraoka, who was then considering reaching out to a wide range of people doubting or questioning capital punishment via a citizens’ campaign to discuss the issue from various perspectives.
As he agreed with Hiraoka’s plan, Katayama served as one of eight co-organizers when the Citizens’ Committee to Abolish Capital Punishment was set up in June.
“I would like you to think of what the death penalty claims and how grave it is,” Katayama told the audience at an event to celebrate the establishment of the committee on 31 August in Tokyo’s Chiyoda Ward.