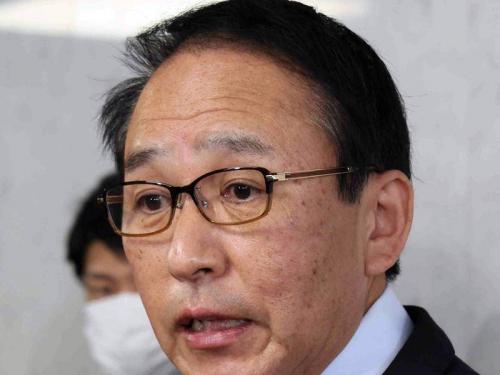 Japan's justice minister stepped down on November 11 evening, becoming the second minister to leave Prime Minister Fumio Kishida's cabinet over a scandal in less than a month and forcing a last-minute delay for the embattled premier's Asia tour.
Kishida's support has slumped to the 30% level in many recent polls, close to a danger zone that would make it hard for him to promote his agenda.
The justice minister, Yasuhiro Hanashi, had come under widespread criticism over comments reported in the media in which he made light of his duties, specifically signing off on executions, which he referred to as "tedious".
"I made citizens and ministry staff uncomfortable," Hanashi told reporters after tendering his resignation to Kishida, referring to his comments about the death penalty.
Earlier, Hanashi, a member of Kishida's faction within the ruling Liberal Democratic Party (LDP), was reported to have suggested there was little political advantage to his cabinet post and that he only made the news for "approving an execution in the morning".
Japan carries out capital punishment by hanging and does not inform prisoners until the morning of the day of their execution, a policy that rights groups have criticised for decades.
Hanashi apologised on November 10 for the comments and told parliament that he "took them back".
"I feel great responsibility" for having appointed Hanashi to the post, Kishida later told reporters after accepting Hanashi's resignation.
Kishida named Harvard-educated Ken Saito, a former agriculture minister, to replace Hanashi.