JORDAN. CALL FOR ABOLITION OF DEATH PENALTY DUE TO MISCARRIAGE OF JUSTICE 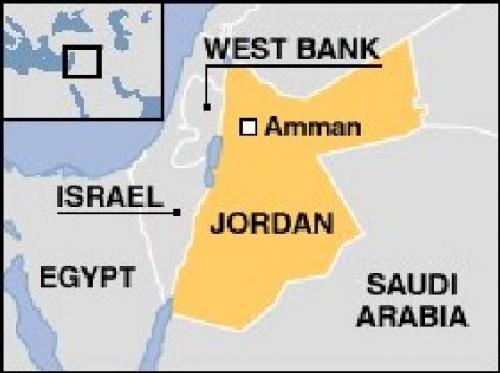 a miscarriage of the Jordanian justice system that led to the execution of a man wrongly convicted of murder in 2000 had become a new reason to abolish the death penalty in the Kingdom, Human Rights Watch (HRW) said.
In a letter addressed to Jordanian Prime Minister, Marouf Bakhit, HRW urged the head of the cabinet to support abolishing the death penalty.
The HRW request coincided with recent information about the case of Bilal Musa, a man sentenced to death in April 2000 by the Serious Crimes Court in Amman for the 1995 murder of Najih Khayyat.
In 2000 the court did not take into consideration Musa's claim to have been tortured into confession or the lack of any proven connection to the victim. In a court testimony a witness testified that he had heard Musa screaming from beatings he received while being interrogated.
In addition, the judges also convicted Musa of murdering nine other people over a period of four years, "based entirely on his contested confessions," said HRW.
The prosecution failed to present any evidence linking Musa to the death of Khayyat or to the other murders, according to HWR's letter.
"We had Musa's confession before the police, and that was the evidence," affirmed an official source who requested anonymity.
On 7 December 2000, Musa was hanged at Sawqa Prison in southern Amman.
In May 2005 the same two judges at the Serious Crimes Court convicted Zuhair Khatib for the murder of Khayyat and two other people. According to court papers, Khatib voluntarily confessed to the murder of Khayyat.
After realising that they had already sentenced Musa to death for the same murder, the court reviewed the case and reversed its decision to convict Khatib.
The Serious Crimes Court argued that Musa's confession corresponded more closely with the facts of the murder.
"These two cases exemplify the Jordanian judiciary's failure to conduct even the most basic inquiry into the facts, even in the most serious cases," said Sarah Leah Whitson, Middle East director at HRW.
"It is clear that after this mistake Jordan needs to adopt judicial reforms," stressed Nizam Assaf, director of the Amman Centre for Human Rights Studies (ACHRS).