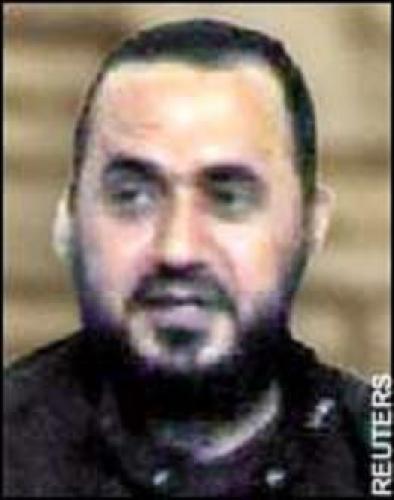 Jordanian-born al-Zarqawi has been sentenced in absentia

a military court sentenced nine men, including al-Qaida in Iraq leader Abu Musab al-Zarqawi, to death for a plot to carry out a chemical attack on the kingdom.
Al-Zarqawi and three others received the death penalty in absentia. But the plot's alleged mastermind, Azmi al-Jayousi, and four co-defendants were in the courtroom when the judge handed down the sentence for the 2004 plot.
The court sentenced two of the 13 defendants to prison terms of between one and three years, and acquitted another two defendants.
The 13 were charged with conspiring to attack various sites in Jordan by setting off a cloud of toxic chemicals that would have killed thousands of people, authorities said.