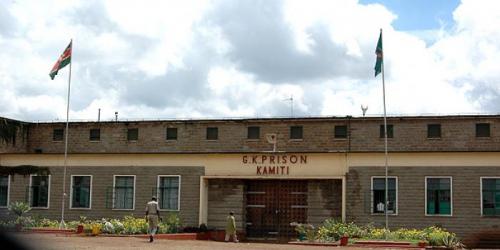 An ex-prison warder at Kamiti Maximum Security Prison, Patrick Daniel Lesadala, will face the death penalty for the murder of his girlfriend, Diana Karambu Nthiba.
Lesadala is said to have shot his girlfriend four times at her house in Zimmerman estate, Nairobi County, 14 years ago, in the presence Diana's 12-year-old son.
Judges Asike Makhandia, Gatembu Kairu and Agnes Murgor upheld a death sentence that had been imposed on the convict by High Court judge Fred Ochieng on June 19, 2013.
The Court of Appeal dismissed Lesadala's plea stating that the death penalty was merited.
The shooting occurred after a quarrel ensued between the two after which the former officer confessed to Seargent John Onyango, who operated a bar at the prison, People Daily reports.