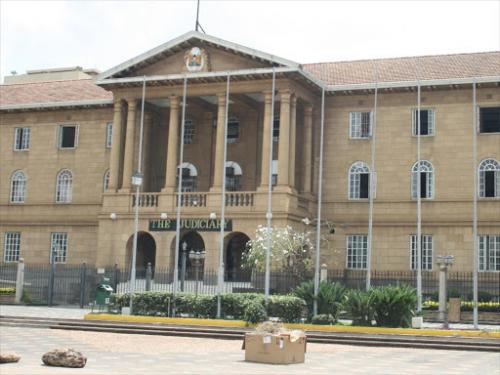 The Court of Appeal

A man who had been sentenced to death for killing his neighbour's four-year-old boy by strangling and chopping off his limbs will now serve 30 years in jail, The Star reported on 7 April 2020.
John Tembo was convicted and sentenced in 2015 after the prosecution proved that he murdered the boy in Migori.
In a judgment delivered on 3 March by Appeal Court judges Asike Makhandia and Paul Kiage, they ruled that the circumstantial evidence unerringly pointed to Tembo as the person who committed the murder.
As for malice aforethought, the judges said, there can be no clearer evidence than the cutting of the limbs of the minor and causing him to bleed to death.
The judges, however, noted that though the prosecution vehemently urged them not to interfere with the sentence imposed because Tembo killed an innocent child, having considered the mitigation on record, they were inclined to review the sentence.
"We do so, however, while mindful of the innocence and tender age of the victim and the horrific mutilation he was subjected to. In lieu of the death sentence, the appellant will now serve imprisonment for the term of 30 years from the date of conviction and sentence. Otherwise, the appeal on conviction is dismissed,"  they ruled.
The court heard that on 5 March 2012, the decapitated body of the boy was found in a bush in what is now Migori county.
Tembo told the court he believed he was being suspected because of his religious beliefs as he belonged to a religious sect people suspected was involved in devil worship.