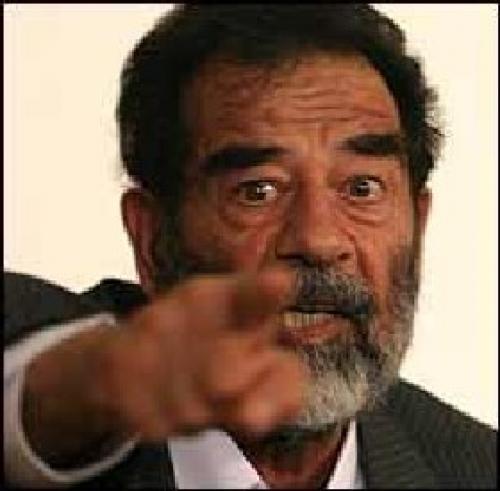 Kuwait demanded the death penalty in its indictment against former Iraqi leader Saddam Hussein for crimes against the emirate, Justice Minister Ahmad Baqer said.
"Yes, the indictment calls for Saddam's death for a large number of crimes," during the 1990-1991 Iraqi invasion of the oil-rich emirate, Baqer told reporters.
"Our (indictment) files are ready. It contains evidence and eye-witness accounts against more than 200 defendants ... We are seeking judicial cooperation with Iraqi authorities," the minister said.
The indictment papers had been submitted to the foreign ministry which would forward them to the Iraqi authorities through diplomatic channels, he said.
Kuwait's public prosecutor Hamed al-Othman said in May the indictments were against Saddam Hussein, eight of his top aides and 293 senior officials of the former regime.
The Kuwaiti indictments charged Saddam and his top aides with crimes against humanity, war crimes and the use of armed force to invade Kuwait.
They charged that Iraqi troops abducted 605 people and refused to reveal their whereabouts. After Saddam's ouster in April 2003, the remains of some 200 of them were found and forensic examination showed they were shot in the head.
It said that some 5,733 people in Kuwait were tortured by Iraqi troops during the occupation. Some of the victims were raped.